The Legendary 900 years old Monk - LP Thep (九百多岁高僧的传奇)
This story was told by Archan Tia of Wat Sungai Siput (http://www.archantia.info) to me, during my volunteering jobs in the temple.
The picture of LP Thep Lok Udorn was hanging in Wat Sungai Siput since the day of its establishment. I see it every time I go there but I never asked who exactly the monk in the picture was until recently. I had the opportunity to ask Archan Tia about it and I was totally shock knowing that he is a 900 years old legendary monk that is still alive today! That really captured my deep interest in him and I decided to find out more about him from Archan Tia every time I had the chance to do so. Now I would like to share my findings with all of you, although I was told by Archan Tia many times not to publish this story because he doesn’t want people to think that he is crazy! It’s really hard to believe that a human being can live for so many years and what’s more, Archan Tia stayed with him in a cave for 5 days. People would think that this is a made up story and it can never be true, but I think it’s true because a monk never lies and you can always trust Archan Tia’s honesty.

So, let’s cut a long story short and go straight the core of this amazing story. 20 years ago when Archan Tia was still in Thailand, under the teaching of his master Luang Phor Thop, he got to know more about this legendary monk from his master as his master used to meet with LP Thep Lok Udorn before. After Archan Tia became a forest monk somewhere in the jungle in Thailand, he decided to seek LP Thep out by himself. After countless days of searching in the jungle he ended up with nothing. He had tried so many approaches, physically and spiritually but non of them worked, until one day he was really frustrated and out of desperation he shouted very loud “LP Thep, where are you? I can’t find you!” After he finished shouting, and when he turned around, he noticed the ground had the footprints of a jungle pig, instinctively he just followed the track and this lead him to a cave where LP Thep Lok Udorn lived! Archan Tia told me that he wanted to run away when he first saw LP Thep Lok Udorn walk through the wall of the cave. He was not sure if the person in front of him was human or a ghost. Out of curiosity he then tried to touch LP Thep Lok Udorn to see weather he was solid like a human being or just mist like a ghost. He could feel his finger touching, just like on a human body, he could see his kasaya just like the one he currently wears, he is a human for real! But this didn’t satisfy Archan Tia, “maybe there is some kind of trick on the wall” Archan Tia thought. So he went to check the wall but there aren’t any tricks, just a flat wall without any gaps. Now that really convinced Archan Tia that who he saw is none other than the legendary monk LP Thep Lok Udorn!
Archan Tia said that LP Thep Lok Udorn is a very tall person with very long hands and legs. He said that the kasaya that LP Thep Lok Udorn wears needs to be three times the size that he wears. He spent 5 days in the cave named “Tam Sheng Chang” (I translate this from what I heard in Hokkien from Archan Tia). The word “Tam” means moon in Thai, and “Sheng” means cave. The cave is very big, the size of 3 football fields, and there is a hole where you can see the moonlight at night time; so I guess this is why they call it the cave of moonlight. I asked Archan Tia whether he learned any magic skills from LP Thep, he said that during that period LP Thep just taught him how to meditate. He said LP Thep is very focused on meditation and he favors those who are hard working in the practice of meditation. Archan Tia said that LP Thep can live that long because he has achieved the phase that is something very similar to what Buddha achieved. He said in meditation, there is one phase, the phase number 7, a very difficult phase to achieve, just right below the phase of becoming a Buddha, is the phase where you can control whether you want to live or die. According to Archan Tia, and please excuse if I have remembered it wrongly, there are a total of 8 phases in meditation, - 1 > 2 > 3 (Samadhi) > 4 (Zen) > 4 > 5 > 6 (Arahan) > 7 > 8 (Buddha) - the phase 7 is the phase where you can live for eternity. I asked him why Buddha still met his death while he had already achieved the highest phase of meditation. Archan Tia answered that Buddha had to follow what he told to his students, which is no one can escape from being born, getting old, getting sick and finally dieing. Archan Tia said Buddha can live for eternity IF someone asked him not to die, but his students never did so. Buddha told his students the news three times that he was going to die but none of them “demanded” that Buddha stay alive and not die.

“What else interesting happened in that cave?” I asked Archan Tia. He said that in the cave the food always seemed to be available, no matter how much you ate today; tomorrow you will see the same food again, in the same quantity, just like the day before. I guess this is the magic that they call “turning one into thousands” that can be performed only by god. Archan Tia said that LP Thep once showed him a visual by turning a rock into a TV screen, he use his hand to touch a rock and it turned into a TV screen to display a visual for Archan Tia to see. Archan Tia said during his conversation with LP Thep he noticed that sometimes he looked very old as if he forgot to “control” it.

Archan Tia then told me another story about LP Thep. Once upon a time there was a wedding ceremony in a village, they wanted to hire 9 monks (Thai people like the number 9) to perform the chanting event for blessing purposes, but there were only 8 monks attending. One of the monks is the local people’s monk leader, after a long time of waiting they saw another monk coming, so there are 9 monks now and when they are about to start the chanting, the newly came monk sat on the first place where it was suppose to be the place of the monk leader. The monk leader was very angry but he didn’t say anything. The newly arrived monk started to lead all the other 8 monks to chant, while they are chanting many people saw that monk start to become very old and back to normal again after the chanting ceremony was completed. Everyone in the hall was very shocked by what they had seen, when they are about to find out who exactly is that monk, they witness with their own eyes that the monk disappeared in front of them on their doorstep. That monk was LP Thep. Archan Tia said LP Thep likes to remain in low profile, even when he wants to bless the amulet that was created by his student for him, he chose to appear at midnight while everyone is asleep after a whole day of waiting for his arrival. He appeared and blessed the amulet and when he was about to leave he “awoke” his student to let them know that he came for the amulet blessing and then quickly disappeared.That was the story told by Archan Tia about LP Thep. But what happened in that cave between Archan Tia and LP Thep in that 5 days is of more interest to me. So I keep asking him about that, he said nothing really much, most of the time he just practiced meditation inside the cave and LP Thep gave his guidelines if he found Archan Tia doing it the wrong way. LP Thep used to tell him, “remember your breath, it’s very important, you want to go down there (hell) or high above (heaven) is all based on how you breath”. Archan Tia said even now sometimes he will “see” LP Thep again during his meditation and this reminds him how to breathe correctly.

Archan Tia said that the reason why LP Thep is still around today maybe is because he wants to make sure that Buddhism remains in the way it was introduced by Buddha. If he finds people starting to lose confidence in Buddha’s teaching, he will know it and he will do everything in his power to help rebuild the reputation of Buddha. Archan Tia advises that if you want to “see” him then you have to be hardworking in meditation, he favors those people who are hardworking in practicing meditation. And oh by the way, the real name of LP Thep is actually LP Koung, “Thep” in Thai which means “god.” LP Thep is what people called him but LP Koung is his actual name, not many know his real name, even people from Thailand. So I asked Archan Tia how he knew about it and he said “5 days in the cave with him, what you think I don’t know his name meh?” lol… Archan Tia said LP Thep is from the Sukhothai kingdom. Sukhothai kingdom was an early kingdom in the area around the city Sukhothai, in north central Thailand. The Kingdom existed from 1238 till 1438. Archan Tia said LP Thep lived in the jungle to pass by for so many kingdom in this life.

Another interesting story to share before we end - Mr. Ng, the old committee member of Wat Sungai Siput encountered a strange experience many years ago when Archan Tia asked him to frame up the photo of LP Thep (the one that you can see now hanging in Wat Sungai Siput). Mr. Ng does not believe the story of LP Thep, so after he took the framed photo of LP Thep out from the workshop, he found that his car automatically locked by itself and worse than that, the car key was still inside the car. He then asked a locksmith to come to assist but no matter how hard the locksmith tried he still couldn’t get the car door open. So Mr. Ng called Archan Tia and told him what was happening, Archan Tia said you must apologise to the photo of LP Thep. Mr. Ng then quickly said sorry to the LP Thep photo and suddenly the car unlocked itself!

Well, interesting isn’t it, there are so many impossible things in our life that cannot be explained by today’s science. We have to open our heart to accept everything and learn to understand it by involving yourself in it, but you have to have faith in it and you have to believe it first, so do you believe it or not? Believe it! Lastly i hope this story to boost up the faith of Buddhism of everyone, may those who read this article gain wisdom and enlightenment, sadhu. 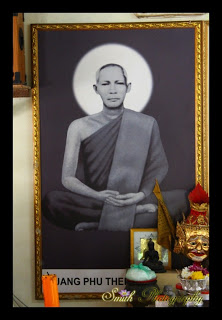 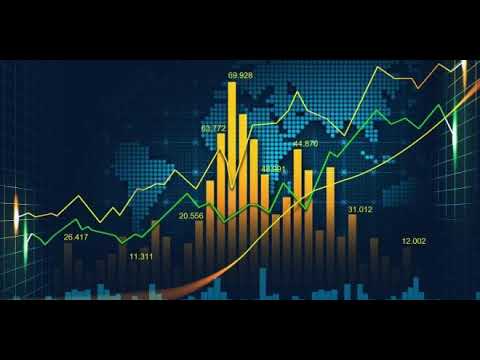